Biblical interpretation involves various stages and methods. A starting point is asking who authored a biblical text, to whom, when and why. Such background can provide helpful understanding of some books of the Bible, notably those written in response to a particular situation (eg Colossians, Galatians or Hebrews). It helps us reconstruct what the author was reacting to when he wrote.

Also important is exploring the cultural and historical background of a Bible passage. Even understanding the physical world of a text can shed light upon it, for example, topography, or even weather. Consider how Joel likens the land’s two rainy seasons (the former and latter rains) to two outpourings of God’s Spirit (more on this in a later blog post).

Word studies are also important. Authors may use words differently, while a word’s meaning can evolve over time (etymology). Linguistics also explore other aspects of how authors express themselves. It is true not everyone can use the original Bible languages in this way, nonetheless at our disposal today we have many good, technical commentaries that do much of that work for us. The competent use of such tools is in itself an important exegetical skill.

Once these preliminary studies are completed it is time to move on to a study of the text itself, both its context and contents.

Everything we have briefly described so far is known collectively as exegesis, that is, establishing what the text meant to the original listeners and hearers. Some believers are uncomfortable with this classroom exercise, preferring instead a purely devotional approach. Yet it is essential beforehand to secure a solid understanding of the historical and theological context of a passage, without which a reader may imbue the text with a personal meaning and interpretation that was never originally intended (such reading into a text is known as eisegesis).

Fundamental to biblical interpretation is also considering a text in light of the whole of Scripture. It is not enough to study a passage in isolation. Christians holding to the divine authorship and internal coherency of the Bible must also seek to understand how a text fits in with the whole canon (in short, using Scripture to explain Scripture).

By way of illustration, for the New Testament reader the Passover festival is much more than the Exodus event, though that serves as the bedrock for what is to come as biblical revelation unfolds. The feast finds its ultimate fulfilment in Christ (1 Corinthians 5:7), the unblemished Lamb of God whose blood was also shed. And like the paschal lamb not one of His bones was to be broken (Exodus 12:46 cf John 19:31-36). Hence Jesus’ words to his Jewish disciples on the night of the Last Supper: from now on when celebrating Passover “do this/it in remembrance of me” (Luke 22:19).

So Scripture is used to explain Scripture. Studying each of the passages listed in the previous paragraph in isolation would not drawn out their full significance. It is only through this chain-referencing and using the Bible to explain itself that Scripture brings out some of these important links and theological connections of Passover.

In summary, biblical interpretation is a multi-faceted exercise involving various stages (background studies, linguistics, historical and geographical research, theological and canonical interpretation, and so on). Ultimately all of these lead to the very final stage of this hermeneutical exercise: application. The application of Scripture is ultimately the end purpose, for the Bible to guide, teach, correct and equip the believer (2 Timothy 3:16-17). 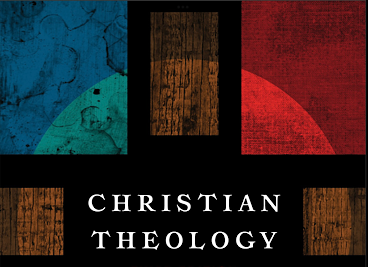